One project that I've been fascinated and very busy with in the last years is the creation of a new language/script. The project started as an experiment to connect two different scripts into one (Such as Hebrew and Arabic), which quickly turned into a fascination and a project that would take a year to formally reconstruct dozens of ancient languages into new symbols.
These new symbols were exhibited with a series of Tape-art installations during the Berlin Art Week of 2017, and given meaning to during a collective ritual that took place at the Vernissage.
And so, a year after the "Maavarit" (Pasažer) script was born, the project took another form when I was asked to put together a visual language for an interactive art festival in the Netherlands. I collaborated with another designer (Non other than the amazing Marius Jopen, which at that was was working on a language of his own) and we created an easy-to-learn practical symbolic-language that one can fully express with, providing a bridge between the many visitors from different countries that came to attend the event.
THE LANGUAGE IN THE PROCESS OF ITS BIRTH 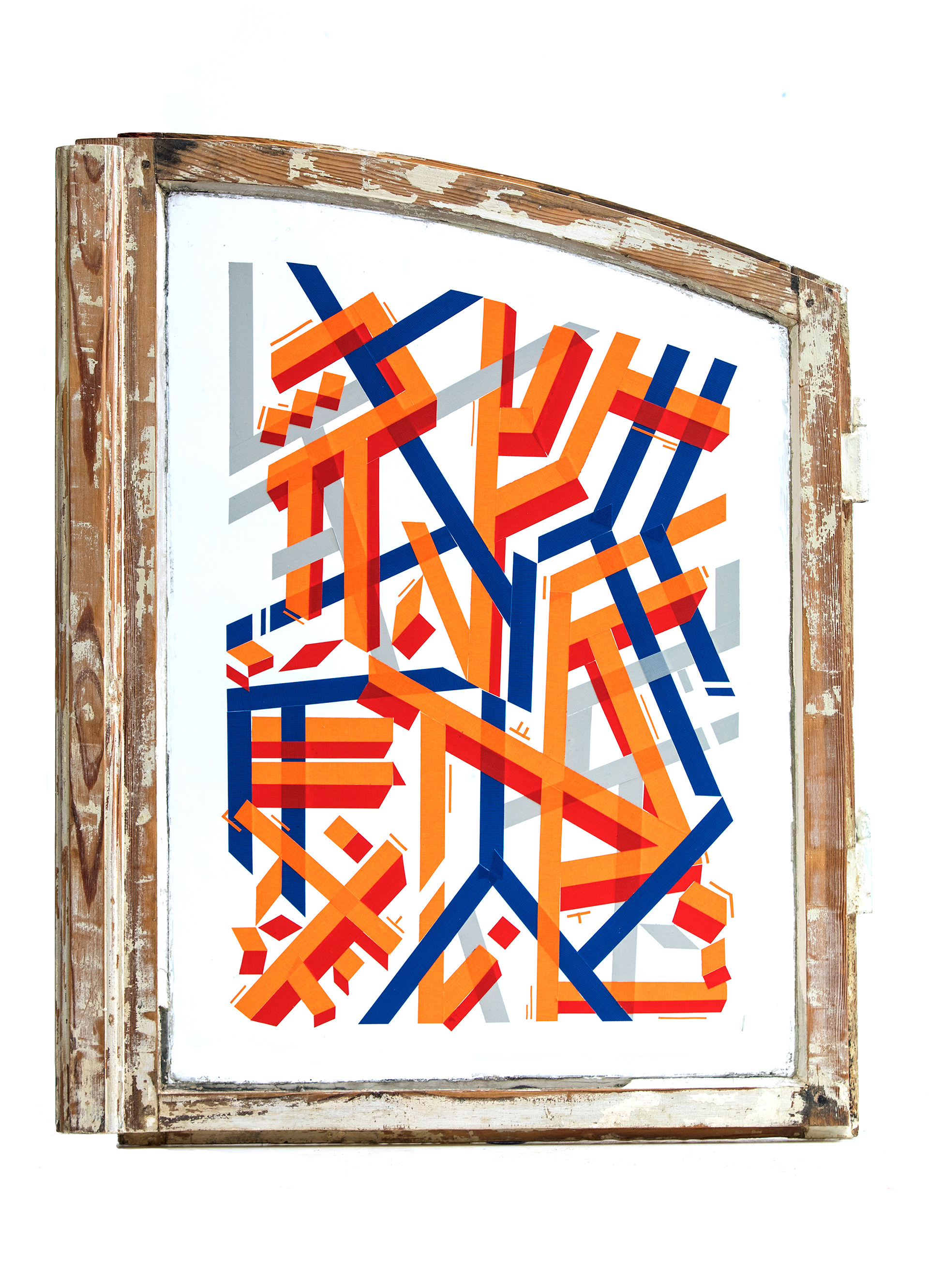 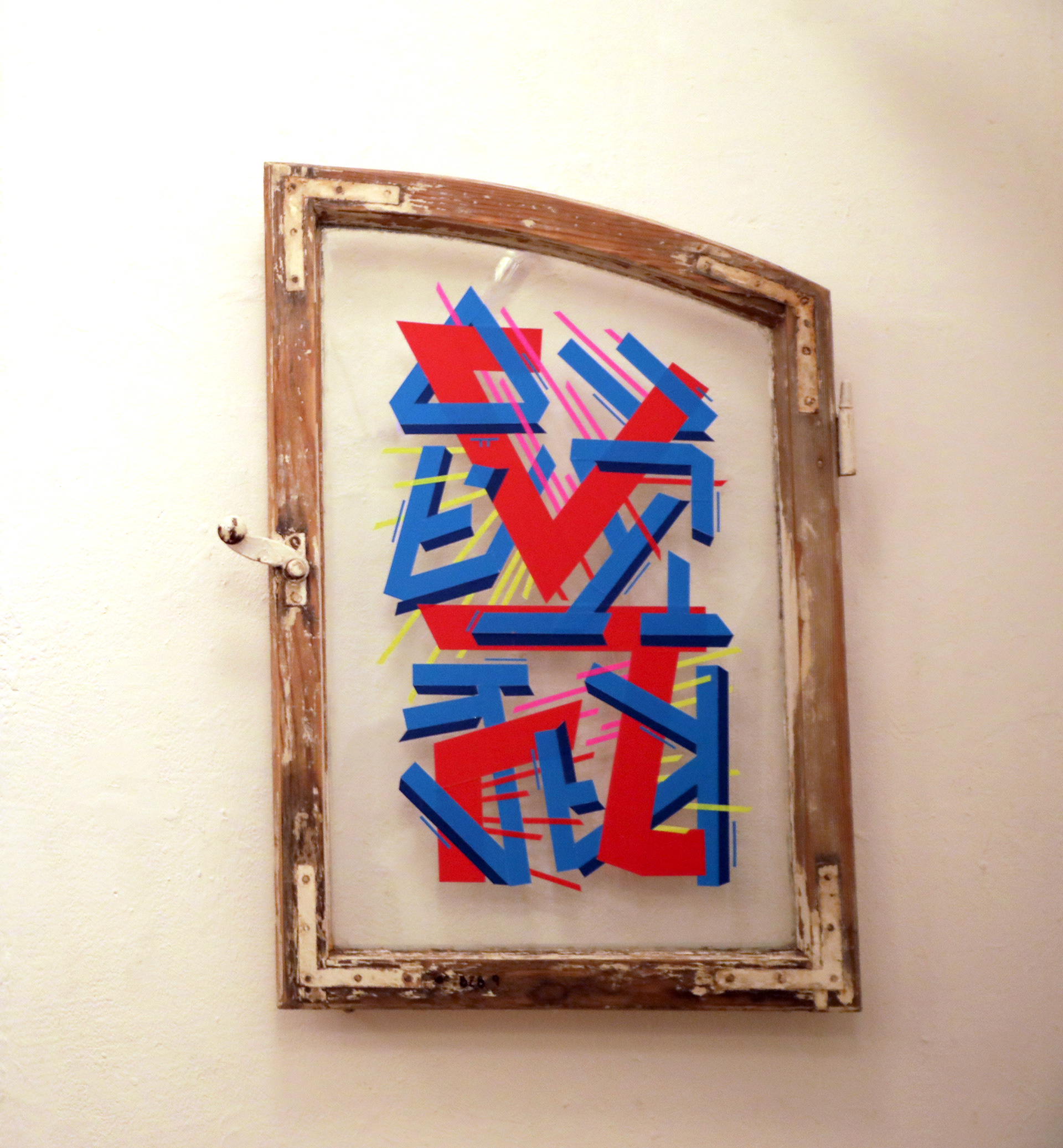 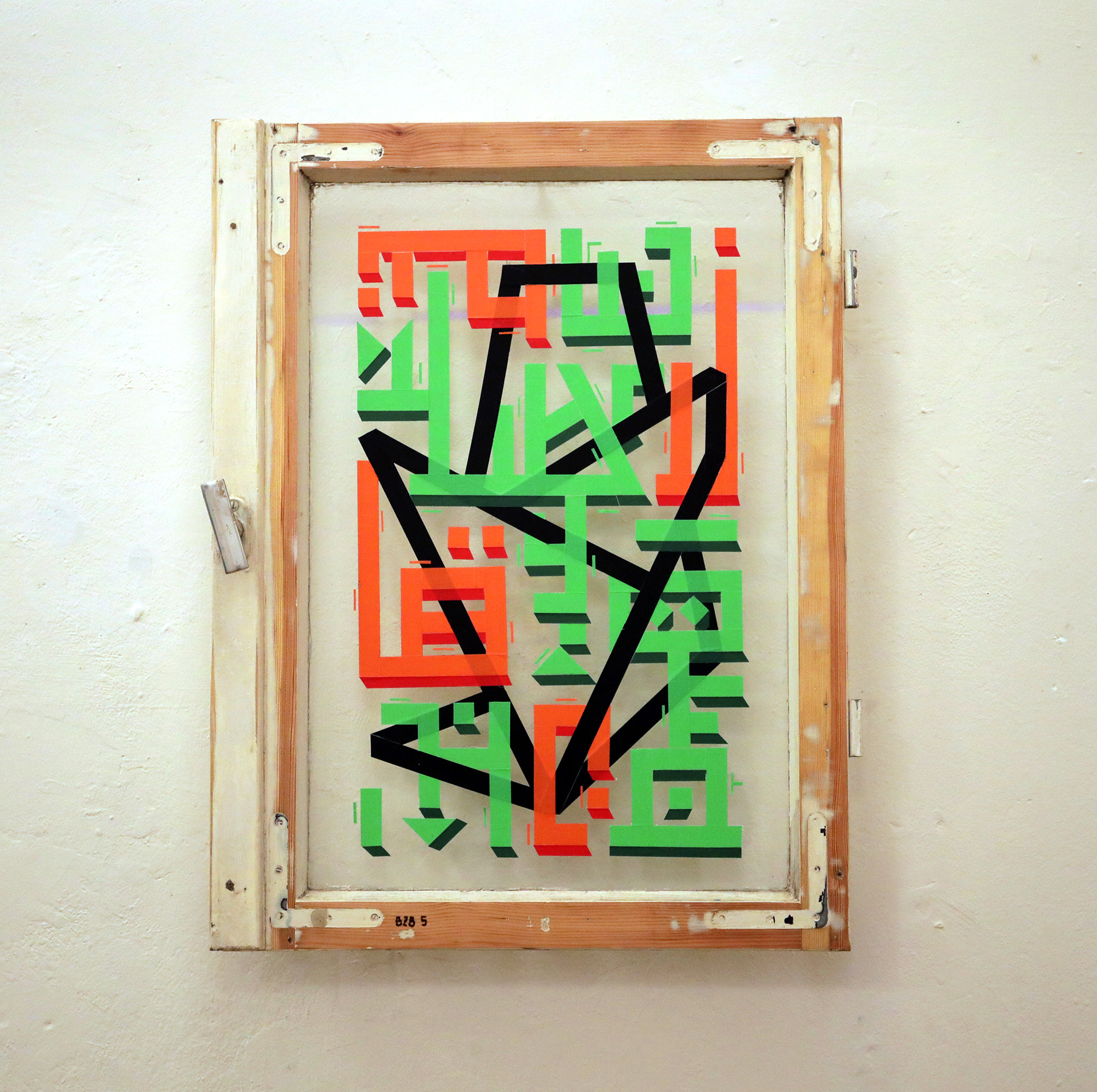 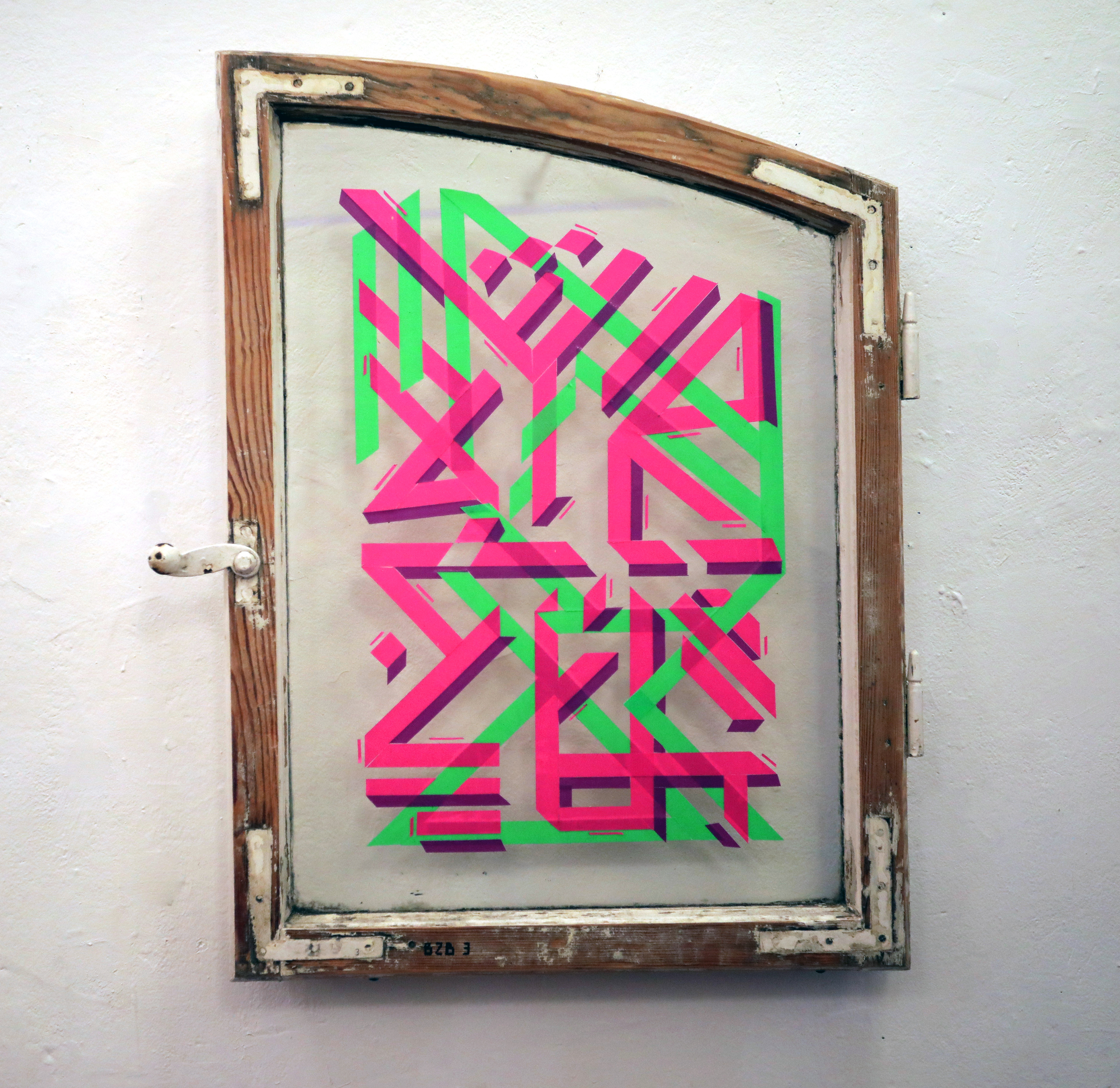 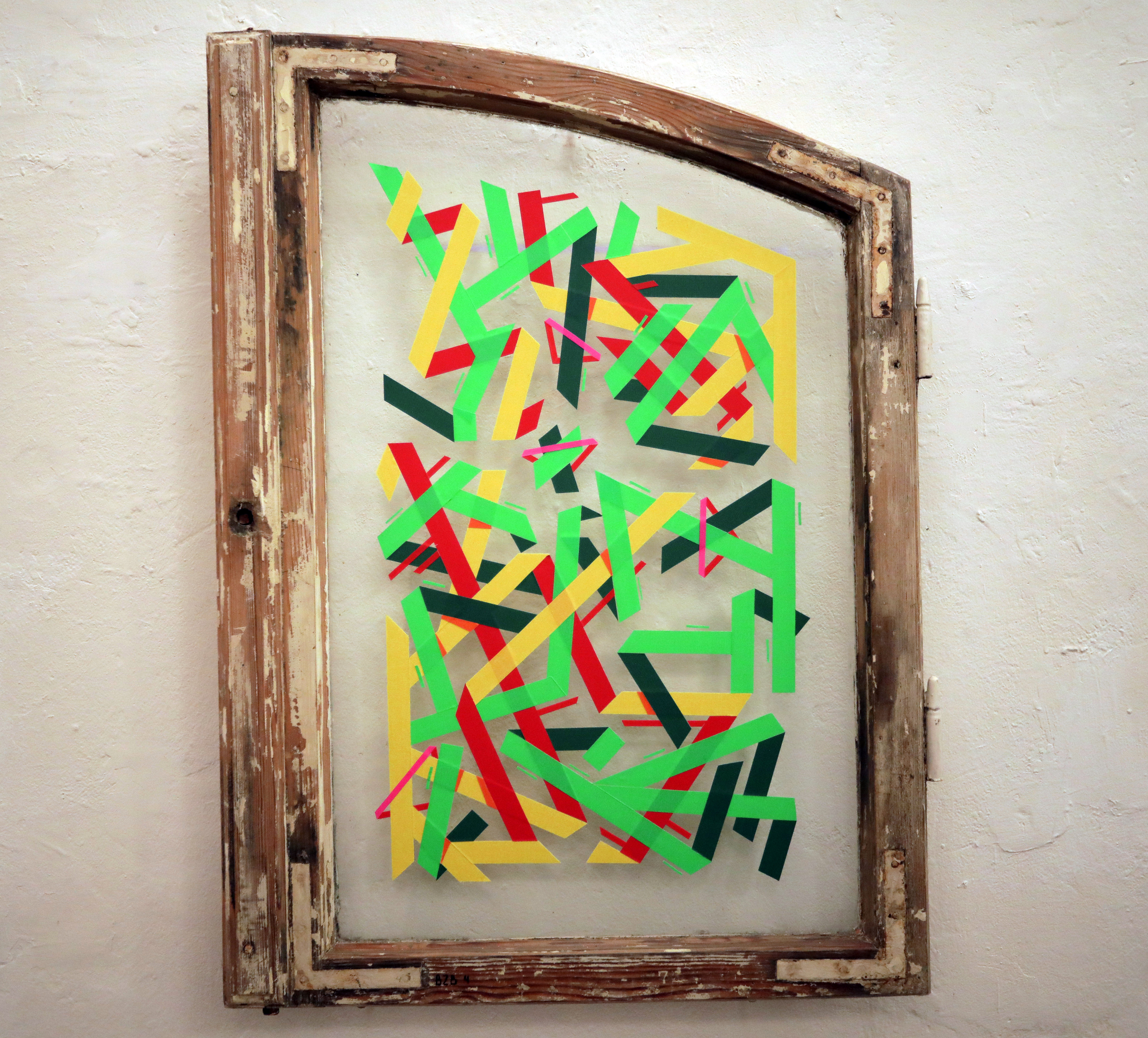 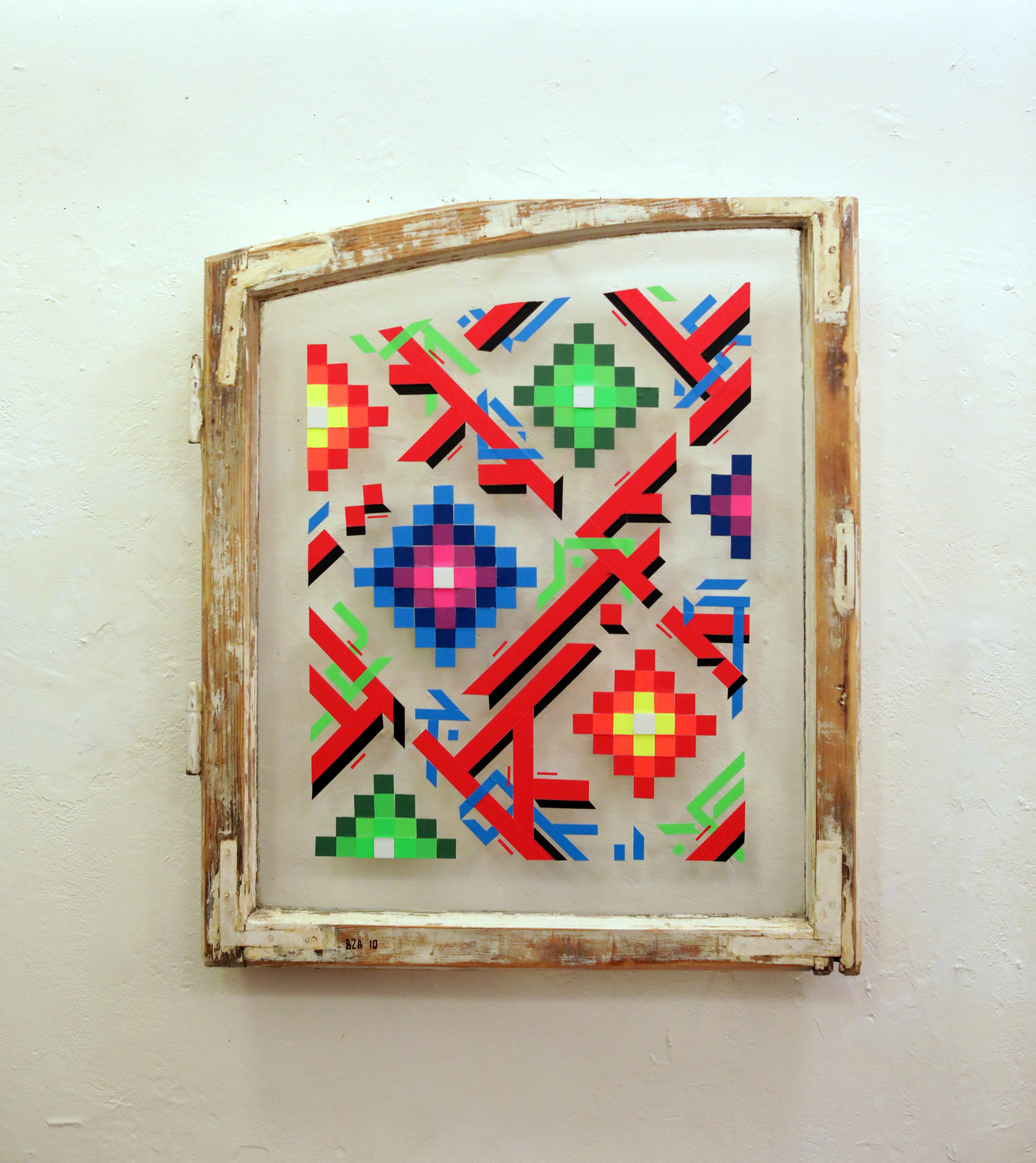 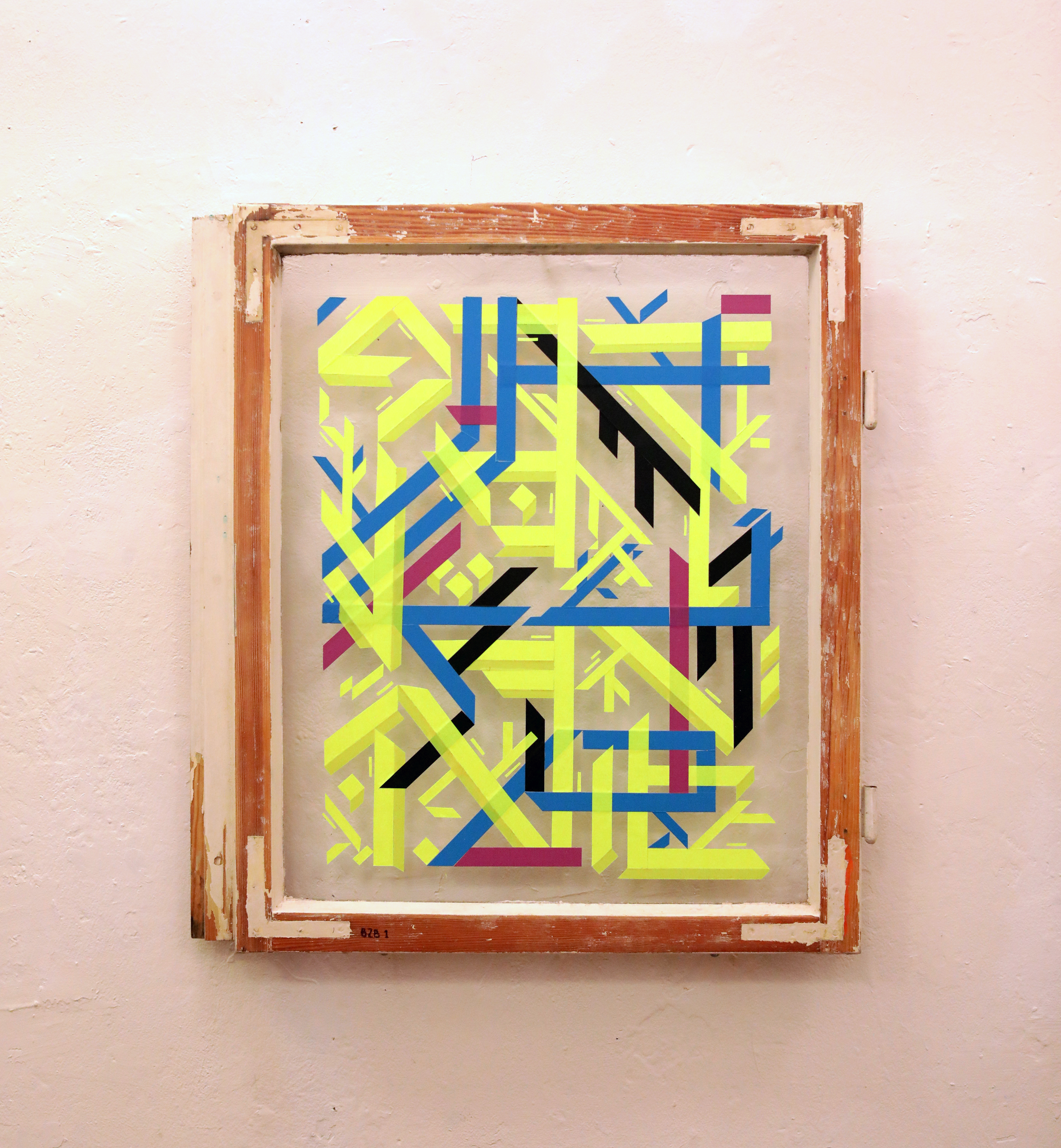 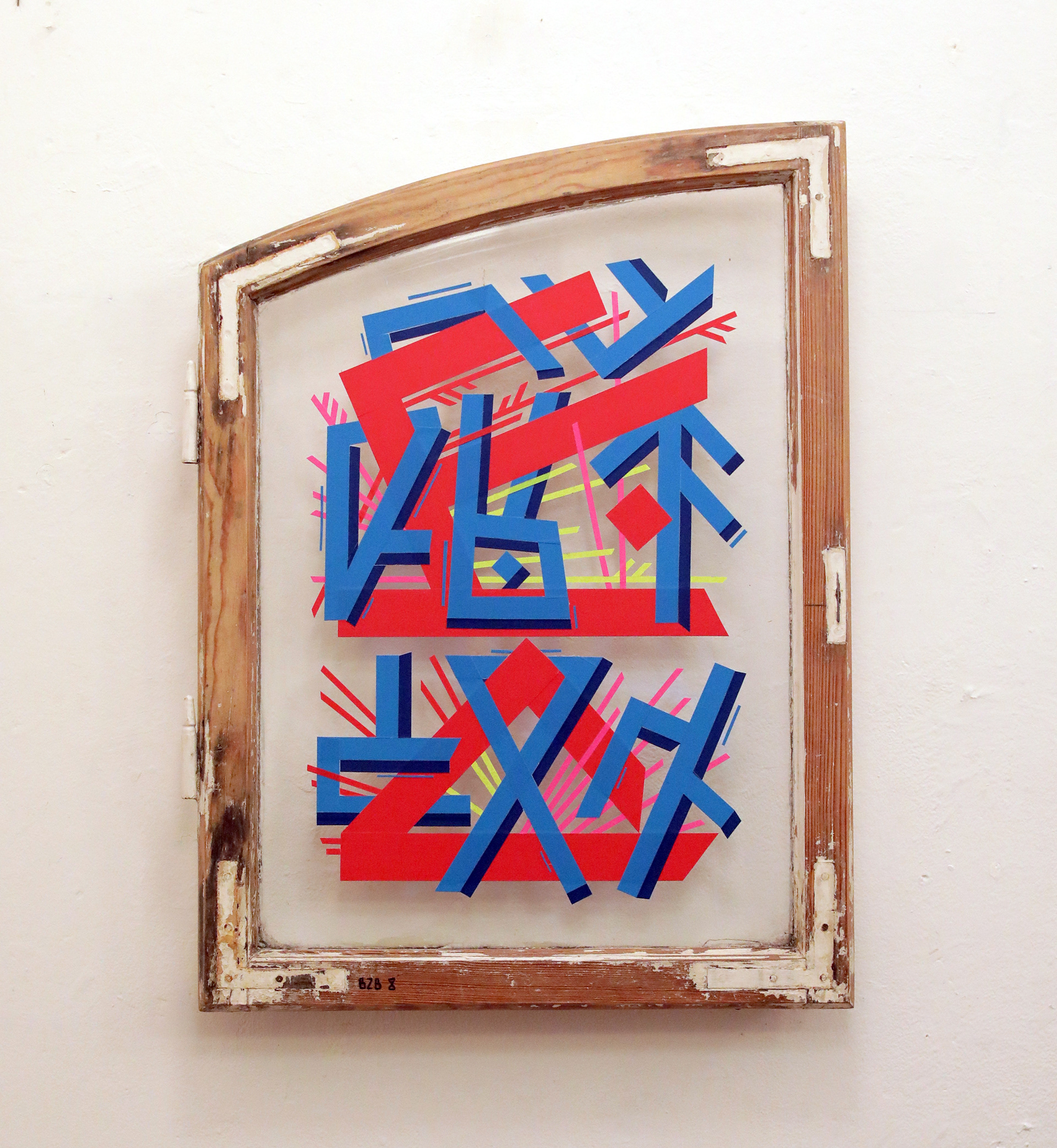 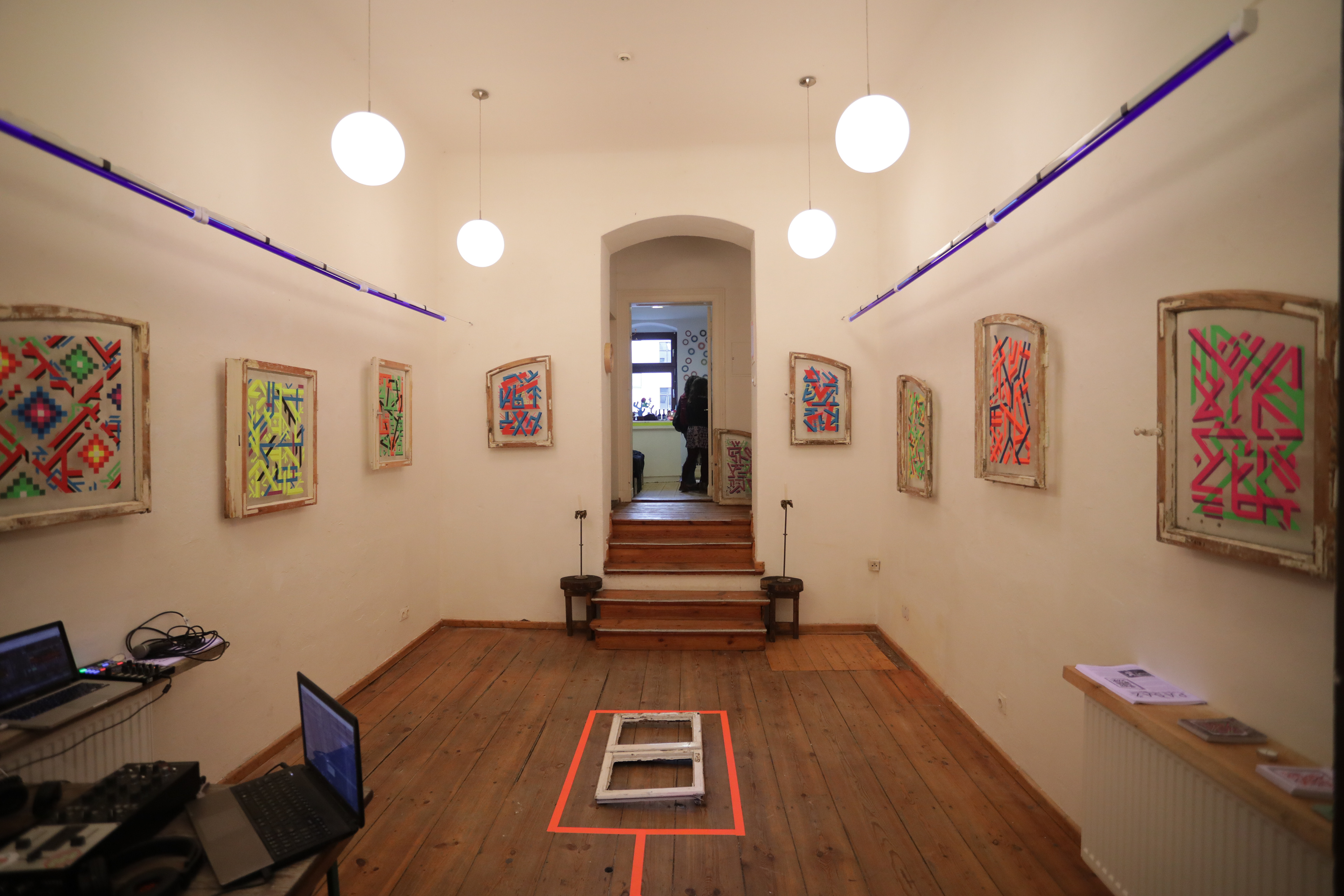 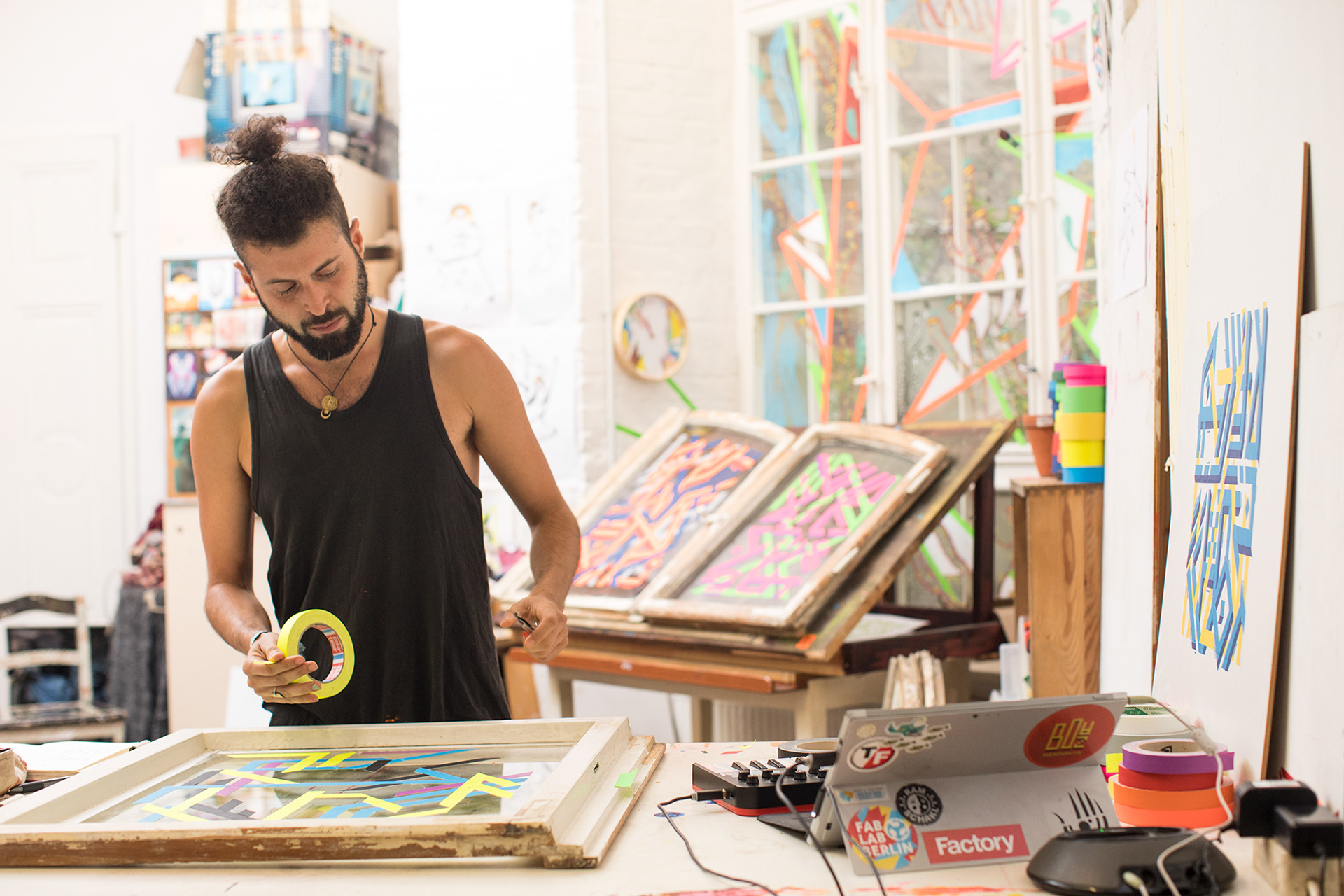 THE FIRST FONT BORN THROUGH THE PROCESS

LATER DEVELOPMENT OF THE SCRIPT 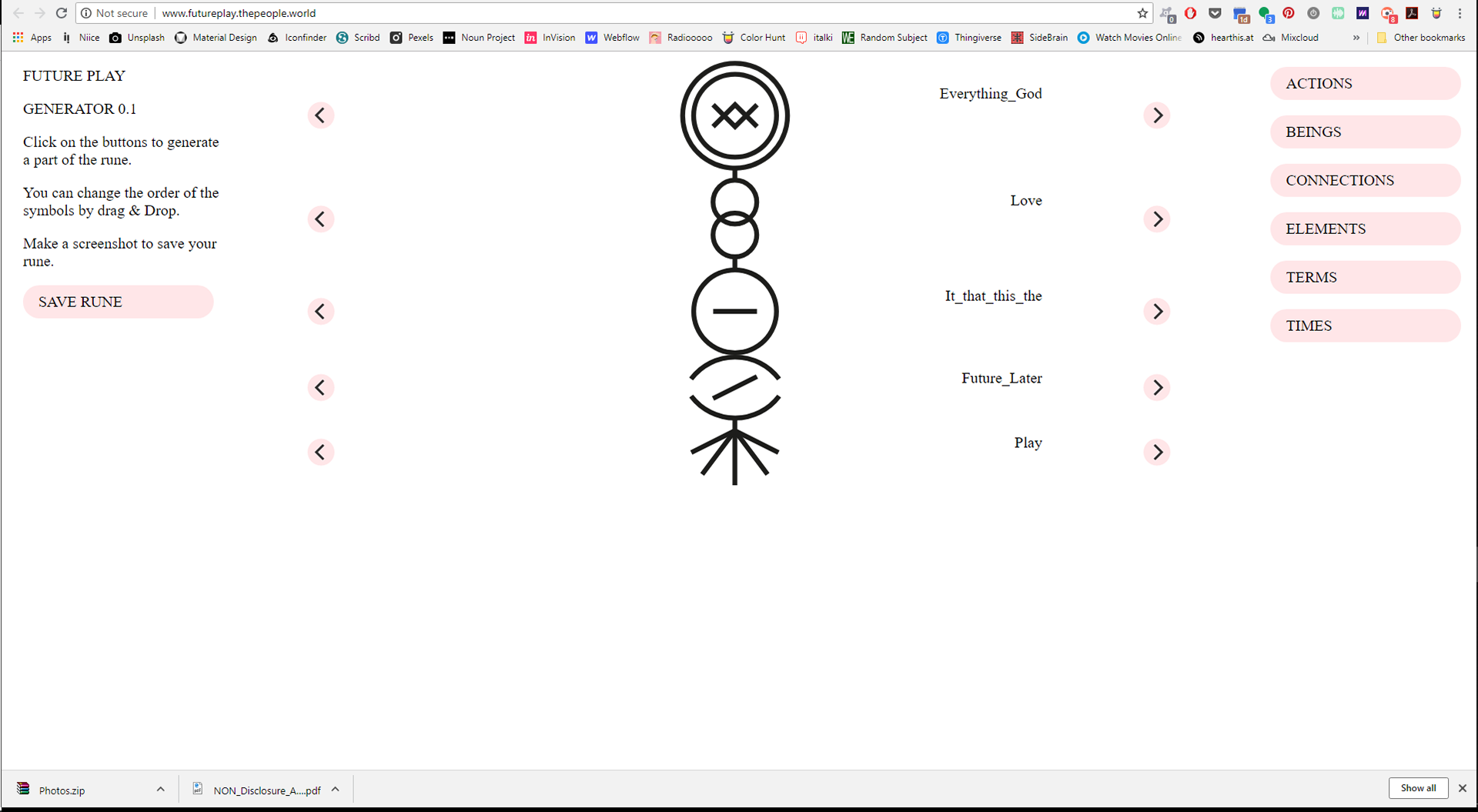 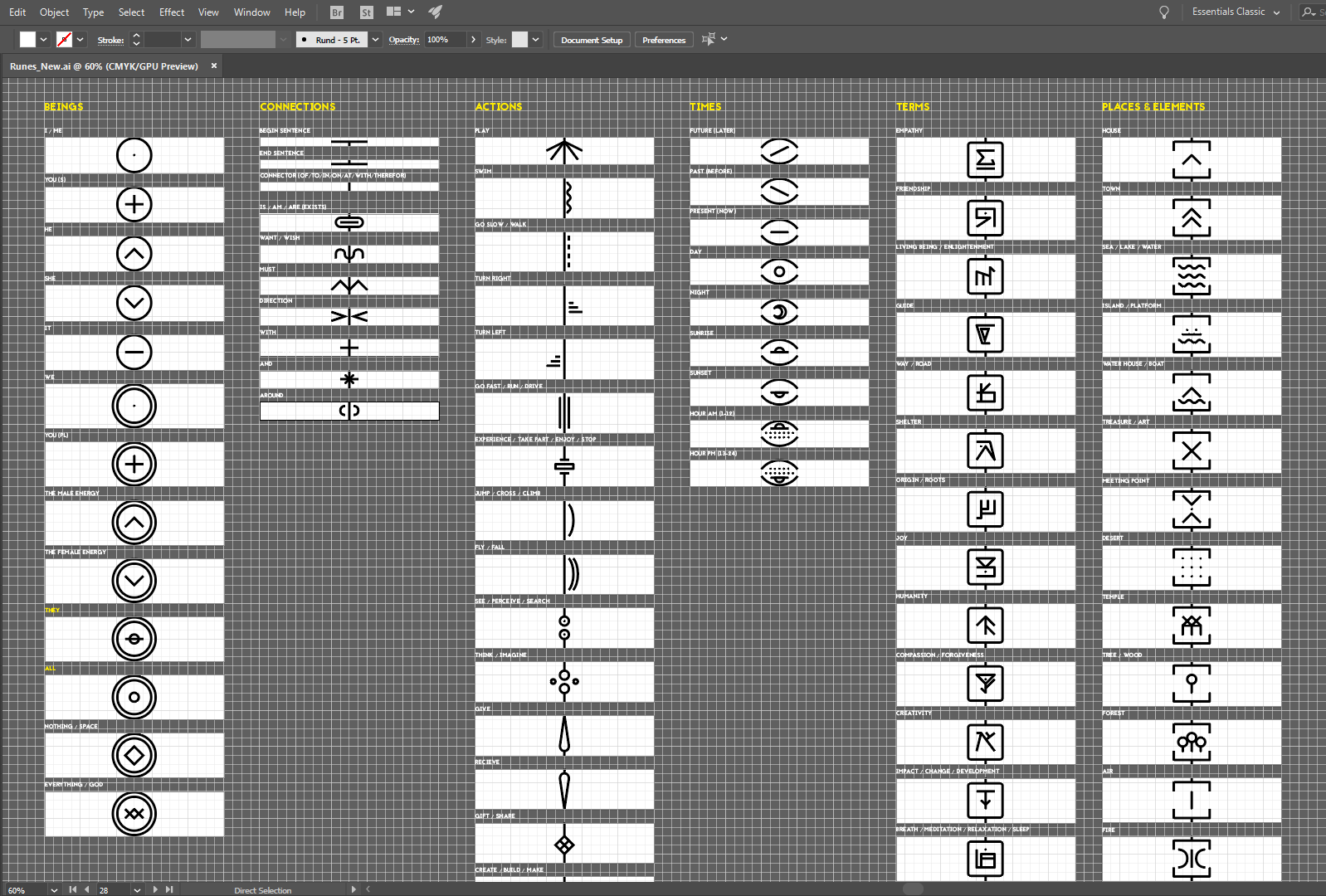